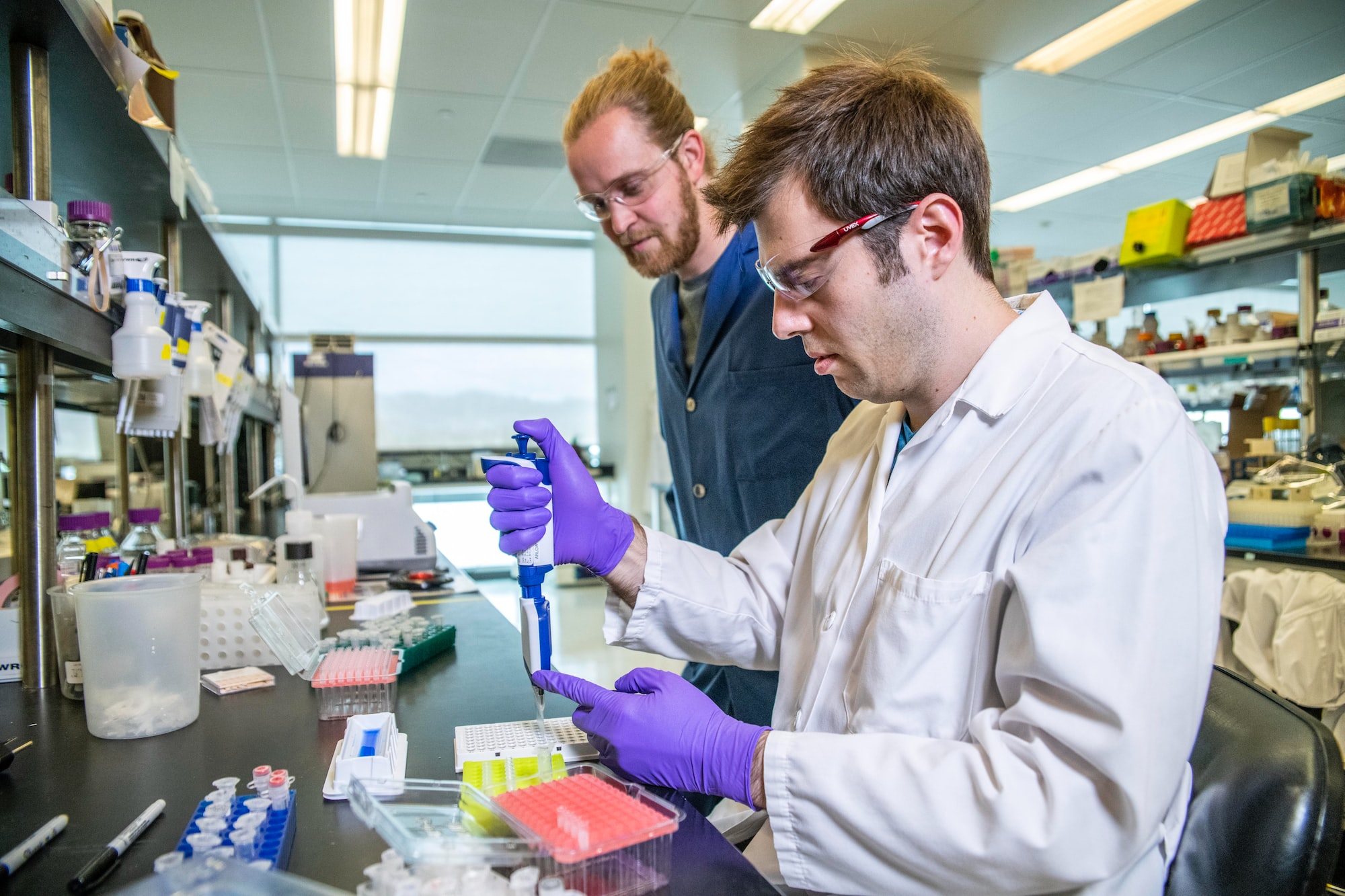 America at Warp Speed: vaccines, therapeutics and medical supplies “made in the USA”

In May 2020, President Trump, in partnership with the scientific community and the private sector, launched Operation Warp Speed to deliver a safe and effective vaccine, point of care rapid tests and therapeutics for Covid_19, as soon as possible. Companies, that were selected for the investment of $12 bln towards an accelerated development of the immunization project, include, among others, Moderna, Sanofi, GlaxoSmithKline and Johnson&Johnson. As three of the vaccine candidates have already entered Phase 3 of clinical trials (AstraZeneca, Moderna and Pfizer), the administration is planning to begin their manufacturing, correspondingly. National Institutes of Health (NIH) will facilitate enrolling individuals into the clinical trials. The US aims to produce 600 mln doses, which will be affordable, or even free to the American public. They are promised to arrive by the end of the year.

The vaccine, however, WILL NOT be mandatory.

Trump emphasized it many times during his press conferences, stating that, there are many potential cures for covid, which can be used instead. Those drugs or therapies are currently trying to find their way to those, who need them, but, like in the case of hydroxychloriquine, they have to first combat the restrictions regulating the process of approving medicines for the wider public. The President has already cut down on a lot of those, across all industries, and the anticipated alternatives are en routé to their hopeful recipients.

The Food and Drug Administration has recently permitted over 200 coronavirus tests, including about 170 molecular, circa 40 antibody and 2 antigen tests. But, following in the President’s steps, the vaccine isn’t the only remedy they consider. FDA launched Coronavirus Treatment Acceleration Program that offers a vast range of new treatments. POTUS hasn’t elaborated on the character of the therapeutics, which are currently undergoing an intense trial stage, but there are over 140 of them; the most mentioned examples of the known therapies in use are remdesivir and dexamethasone.

As for the new therapies, the one often mentioned is the possibility to use blood plasma coming from people whose immune system defeated the virus. Their antibodies may prove useful in combating covid, especially for people with immunodeficiencies. Mayo Clinic have conducted studies showing that convalescent plasma is safe and positively impacts the recovery process, when administered early on. It can also be used for creating hyperimmune globulin, which is currently being clinically tested. President encourages everybody who recovered from the virus to donate their plasma.

During a surprise press conference in front of the White House on July 29, Trump said:

“I love the idea of therapeutics, where you go in, you give somebody a transfusion or a shot, and they get better. I am a big therapeutic person; but we’re doing very well on vaccines and therapeutics”.

Minutes earlier he was asked by a journalist to comment on Stella Immanuel, one of the Americas Frontline Doctors, who on July 27, publicly presented many testimonies in front of the Capitol Hill in D.C. on the 100% effectiveness and harmlessness of hydroxychloroquine (HCQ) when used for treating coronavirus patients. POTUS answered that, although he had never seen her before, he was “very impressed with her”, because he thought “she made sense”. He remembered, that “she’s had tremendous success with hundreds of different patients” using hydroxychloroquine. According to the Nigerian doctor herself, she treated over 350 patients with HCQ and all of them recovered. Dr Immanuel, Trump continued, was accompanied by the other “very respected doctors”, who claimed to have had similar results and they all should definitely have a platform, but their voices were silenced, just like the voices of all conservatives.

Meanwhile, dr Immanuel grew to the level of hydroxychloroquine celebrity among those convinced about its virtue, and became a vaccine and masks bashing ‘quack’ to the ‘never-question-the-mainstream-narrative’ zealots following the tech giants and the ‘fake news’ truths.

As a result of strong voices validating HCQ, which has been widely used for other commonly known diseases, like malaria and lupus, a petition to the White House was drafted, requesting an executive order, which would authorize the use of hydroxychloroquine as prophylaxis for covid.

Before that happens, Dr Stella and her brave colleagues have already taken matters into their own hands.

“We have networked with doctors in all states accepted, and they are not afraid to see patients”, she writes in another tweet, “Keep your family safe. Need to see one of our doctors nationwide visit frontlinemds.com“.

The greatest medicinal arsenal in history

But how can the US entertain not only the idea of heading the research in the vaccine field, but also to be promising innovative remedies for the Chinaplague, when only 10% of the active pharmaceutical ingredients constituting generic drugs, prescribed in the US 9 out of 10 times, are being produced in the country? China and India are the biggest US suppliers of those, controlling over 50% of the shipments.

As Trump’s one of the most important points of focus for the USA since his first election rallies has always been “bringing back the great American economy and American jobs”, he now used the Defense Production Act (signed in the 1950’s) to provide a $765 mln loan for the Kodak company (based in Rochester, NY) to facilitate their transformation from the analogue photography industry (of which they were pushed out after they didn’t follow the global digital trend) to the leading US manufacturer of the key medical supplies. Kodak Pharmaceuticals will be producing up to 25% of all active ingredients for generic drugs. A similar deal happened with the Fuji Film Texas A&M Innovation Center, which will receive another $265 mln of the federal spendings to effectuate the biomanufacturing process for the Novavax vaccine, which is one of the few advanced-stage vaccines that has positioned itself ahead in the race to combat the “China virus”, called Operation Warp Speed.

This way Trump is securing critical supply chains and medical manufacturing in the US – just in time, because it has become extremely difficult nowadays to get a bottle of hydrogen peroxide at the pharmacy… The shelves with disinfectants are being emptied at any store carrying them in a record time, within a 20 mile radius. The same goes for the Internet sellers. This is an excellent demonstration of how reckless it had been on the part of the previous administrations to have allowed almost all of the national manufacturing to be disenfranchised and replaced with “cheap Chinese” outputs. Not to mention outsourcing of customer service centers to India and other countries, which pitfalls deserve a separate entry.

It is literally a matter of national security, to get independent from the communist China’s commodity production, especially in the field of vital supplies, like pharmaceutical drugs’ ingredients. First and foremost, China’s purity standards have been questioned for a long time; why then rely on the economic competitor’s and the political rival’s merchandise and promises? Seems like an unhealthy choice to make. Unless the US Administration can have a significant level of insight into the foreign suppliers’ production processes and business relations, which is what the American officials are currently providing by making new deals with China and other countries to fulfill the remaining 75% of the domestic pharmaceutical market needs – under the conditions satisfactory for the US, and perhaps only as long as it’s necessary.

The US is also globally leading in testing for the coronavirus and, ironically, in the number of detected cases of covid – but that is a logical implication of the increased testing. So far, the country conducted around 55 mln tests, which is double the number of tests performed in Europe.

This, coupled with the Executive Order (13939) on discount on prescription drug prices, banning kickbacks to the middlemen within the pharmaceutical industry, and severely restricting lobbying (Executive Order 13770 from January 28, 2017) sets the US on the fast track to improving not only its healthcare system, but also fine-tuning its economic recovery (after the Chinese virus low blow). Higher standards of living are largely defined by economic success, but the population’s prosperity depends just as much on the simple facts of life, like good health and political sovereignty.

Trump abruptly escorted out during press conference; a suspect shot outside the White House